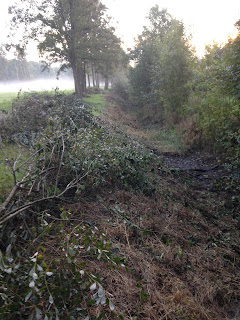 It has been a while since the last post so here is an extended blog to catch up on various work and areas of improvement.

Recently, a small group of volunteers (Captain, Vice Captain, Phil Lockett and Jeff Perkin) set about clearing the ditch to the left of the 4th hole. A great amount of clearing was achieved on the Saturday morning and this work will continue until this ditch has been fully cleared and looks tidier. We mustn't forget the dedicated work of volunteers at the golf club and it is down to many that the golf club is operated on this basis. 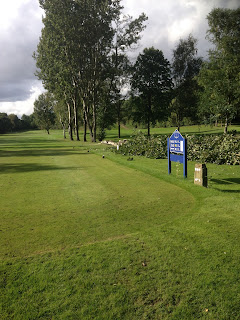 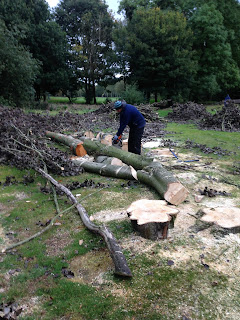 Our association with Mark, the chainsaw instructor, has continued this year and he recently held a tree felling course which resulted in the removal of several large trees adjacent to the 14th tee. These poplars were causing 2 issues; the first being a playability issue in that they were encroaching to such an extent that only the left half of this tee was usable by golfers to play down the hole. This was evident by the divot pattern on the tee. The second issue is that the poplars were blocking light into the 6th green and their roots are just destructive, even to the extent that new offshoots were appearing through the front of the 14th tee. Such work is necessary to retain the integrity of the hole from a golfing point of view above all else and it continues what has been laid out in the course improvement plan. 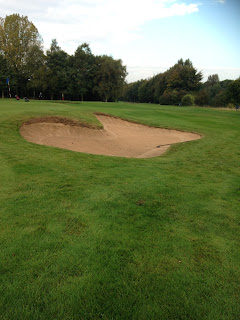 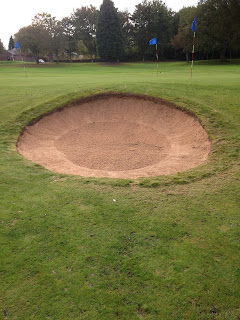 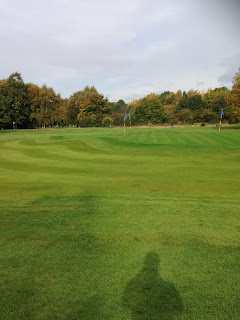 The chipping green area has (finally!! - apologies Freddy) had a bit of a makeover in the last week. Both bunkers have been edged to give them more definition. They just need a bit more bunker sand and then they should be perfect for practising those cute bunker shots. This practise area is now in decent nick and we hope to keep it looking good as best as we can. 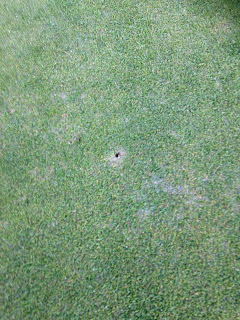 Following the autumn renovation works (scarifying, hollow coring, topdressing), the greens have recovered well and they should stand up well to winter play and weather. They are firming up nicely and should remain dry this winter, save for any constant wet weather. Let's hope that last winter was a bad one out of the way and one we won't see again for a good few years! The photo above shows a tine hole that has been chewed away by leatherjacket grubs which are newly laid in the soil. The insecticide that we used to use to control them has since been withdrawn from the market due to it's carcinogenic links. Until we find a proven alternative, we will have to use other methods of controlling the damage caused by leatherjackets. 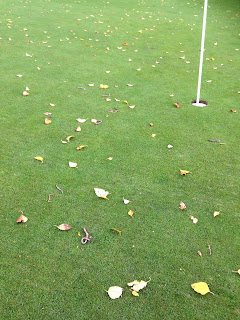 We recently trialled a soil conditioner product on a few greens that had caused a few problems due to casting earthworms. Their worm casts were not always welcome, particularly when preparing the greens for play. However, the product that we used has had a great effect and it contains tea seed saponins which are a worm irritant, as the photo above demonstrates! The intention is not to stop worm activity entirely. Worms are nature's natural soil aerators and they are important for our soil. We just need to strike a balance between their benefits and their limitations. 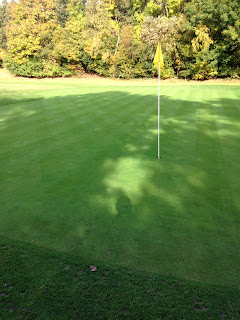 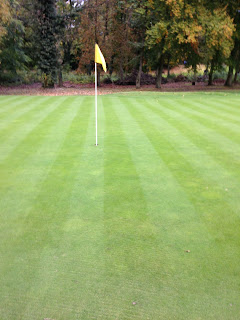 The greens were sprayed with a preventative fungicide last week, Fusarium activity was becoming evident and the mild conditions of late were perfect for it's spread. The fungicide will give the greens protection for the next month and will allow us to carry out aeration work on the greens without any further disease activity. With older chemicals being removed from the market, it will be that bit more challenging in the future to have such a wide choice of products to use for control of weeds, pests and diseases. Therefore it is imperative that we look to methods that include aeration, topdressing and judicious use of fertilisers to maintain good playing surfaces. 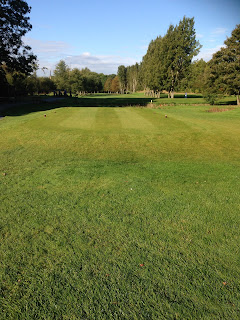 As we head into late autumn and early winter, the golf course will start to change with the seasons. Leaves will fall and days will be shorter with less sunlight. It is inevitable that the weather will deteriorate in one way or another too. Our thoughts now move towards winter projects which will hopefully improve the golf course but at the same time will be executed with less disruption and cost than in the previous 2 years.

We hope that these changes will be welcomed by members and visitors. It is important to remember that any changes are made for the benefit of the golf course and that the intention is not to destroy the foundations of the golf club. We acknowledge that many founder members were vital to the creation and development of this golf club. However, we are just trying to modify and tweak the golf course so that it remains relevant in a challenging market, and that it continues to appeal to a wide range of golfers. 9 hole golf courses could prove to be the future of golf, particularly with the demands on peoples' time these days. Poulton Park Golf Club really is moving in the right direction and it has the potential to be a cracking golf course.

Have a good weekend and enjoy your golf!
Posted by Ben Allen at 04:52 No comments: