2019 has now gone and maybe, just maybe, that might be a good thing. The weather, once again, called the shots and golf clubs had to endure a massively wet summer, autumn and early winter. The rainfall records make for quite bleak reading: 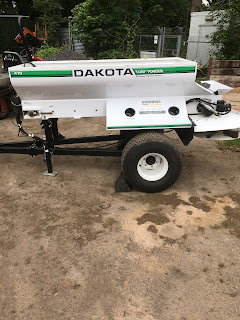 A new top dresser was added to the equipment fleet and this will assist in speeding up the process of topdressing various surfaces. Shovels and a trailer have been replaced by a modern spinning disc spreader. It has helped us to start work on the approaches as well as greens. 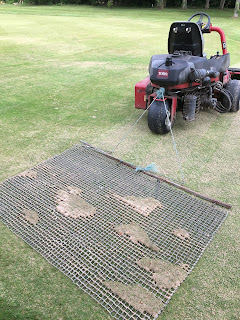 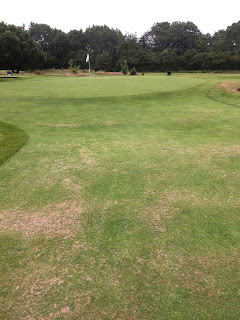 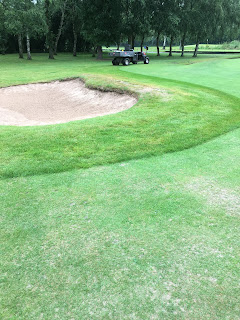 The difference that dressing (sanding) the approaches makes is fantastic. These areas become more refined, tighter and firmer. Mowing is much better because all the small depressions are smoothed out, leaving golfers the option of a variety of shots from these areas; pitching, bump 'n' run or putting. 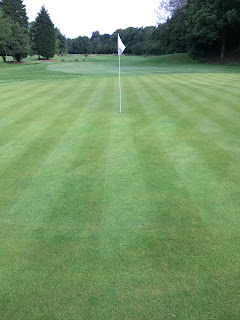 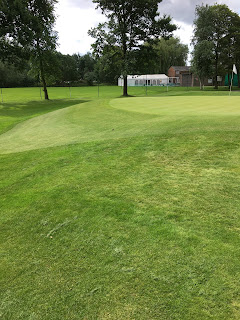 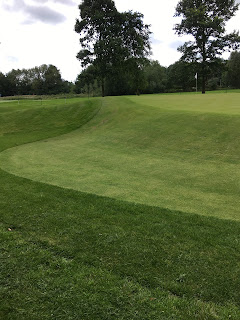 Our new greens have done fairly well considering the poor weather and challenges that brings. We have managed to create some nice tight surrounds from them and this owes a lot to their design and construction. We hope they have been well received and would like to stress that they are still new relative to the other greens on the golf course. They are still in their infancy and we need to look after them over the next few years to ensure that the considerable investment in them is a long term as well as a short term decision.

We also managed to scarify the fairways in September. Bancroft Amenities carried out the work and the operation, whilst intensive, assisted in removing some thatch and debris from the top of the soil profile. As we remove (box off) clippings from the fairways in order to control growth and try to encourage the finer grasses (bents, fescues), we don't feel that the fairways are particularly thatchy but the scarifying also helps to refine the fairway surfaces with a view to discouraging some of the coarse grasses that are undesirable. 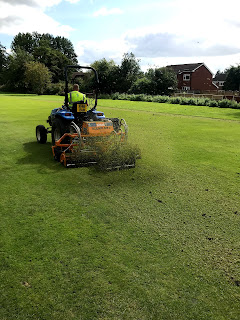 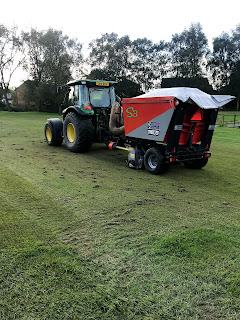 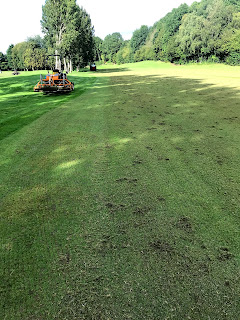 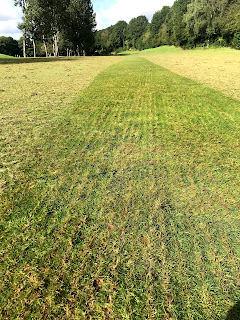 The process was, as mentioned, quite intensive. Firstly, we cut the fairways with our fairway mower. Then the contractor scarified, a second contractor collected the surface debris in a sweeper/collector before we blew off remaining debris with a tractor mounted blower and then finally, they were cut a second time to provide a nice clean finish. Omelettes are not made without cracking a few eggs but the operation was excellent and is a step in the right direction for our fairways. 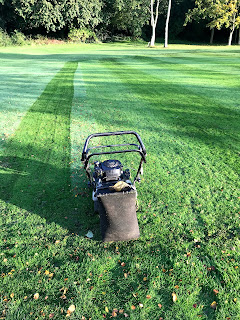 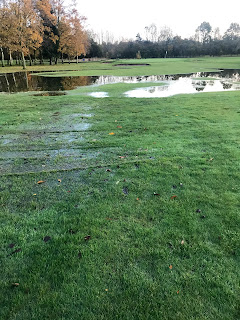 These photos reflect a depressing end to summer and continued right through the autumn. I distinctly remember that we had, at one point, to start cutting the 6th fairway-approach with a walk behind push mower. The biblical rain never seemed to end and often, tasks like these, whilst time consuming, have to be employed to try to continue providing some kind of playing surface for golfers, however wet. Sadly, the 5th fairway stayed extremely wet right through the autumn months and at times, it was nigh on impossible to get large vehicles out onto the golf course.

Some work has been carried out on the 1st hole to try to alleviate the drainage issues associated with it. A carrier drain to the brook has been replaced and hopefully, this will help enormously in shedding water away from the golf course and into the neighbouring brooks. 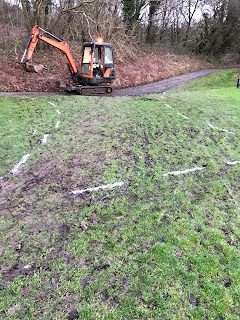 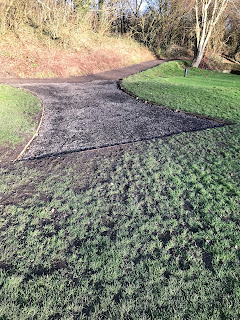 A small project that we carried out recently was the addition of a path in between the 8th white/yellow tee and 8th red tee. It was always a bit of a wet area and now, it should be much drier as well as an area to place bags and trollies before teeing off. We will finish the surface with some path grit once the course is a bit drier. 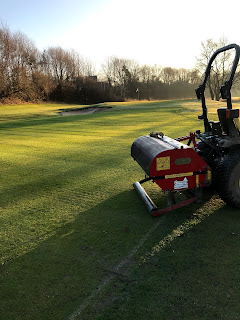 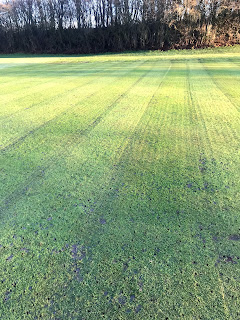 Fairway vertical-draining has now started and the idea is to relieve some compaction that comes with machinery and golfer traffic. The 'forking' action of the vertical-drain (based on the principle of the garden fork) helps to create fissures in the soil, providing more gaps for the drainage of surface water. Whilst this is not a total solution for drainage issues, the process helps to get some air into the soil and encourages roots to push deeper into the soil. The holes enable the surface to dry out too, creating a firmer playing surface.

Happy new year to everyone at the golf club and let's keep our fingers crossed for a drier 2020.
Posted by Ben Allen at 04:04 No comments: 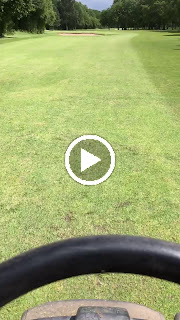